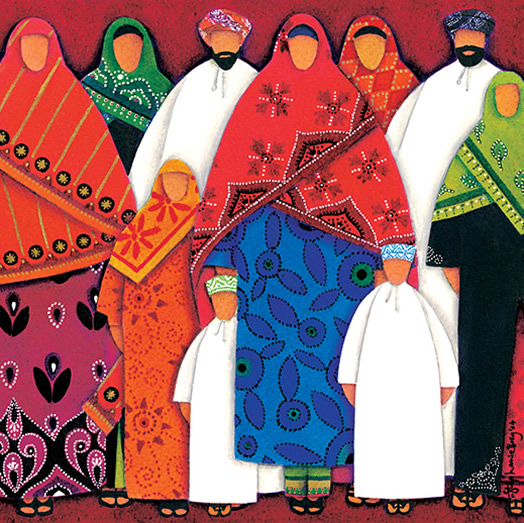 Middle East Collection
“The Middle East, particularly the Sultanate of Oman where I lived for about 6 years, has been a great source of inspiration for me. It is during this time that I once again took up the brush, and also exhibited for the first time ever with a series of ink drawings depicting Omani subjects. My decision to leave blank anonymous faces on my men and women is intentional ~ I am not interested in their identity but rather in their attire, which is traditionally very ornate and colourful especially for the female.”